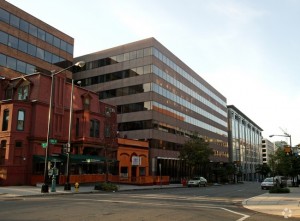 Part of the deal includes a complete renovation of the public areas of the space, Olmstead tells GlobeSt.com.

Cresa secured a cash concession from the landlord for the upgrades, a routine transaction in such deals.

Olmstead says the law firm is right-sizing its space with the renovation.