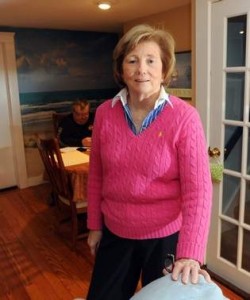 Breast cancer was a devastating diagnosis for Kathleen Mingle, a teacher who played tennis, ran and generally led an active and fit life.

But the shock was compounded when she learned that chemotherapy treatment for her potentially fatal cancer had damaged her heart.

“That’s when I had to stop my chemotherapy,” said Mingle, 66, who lives in Harwich Port.

“I couldn’t believe it,” she said. Mingle said she didn’t have cardiac problems before starting chemotherapy.

“I was in great shape,” she said. “I was tired, but I thought I was tired from all the chemotherapy.”

Mingle is not alone, according to Dr. James D. Chang, director of the recently formed Cardio-Oncology Program at Beth Israel Deaconess Medical Center in Boston, who followed Mingle’s case and wrote up a patient study based on her treatment.

“The cardiac toxicity (of certain chemotherapies) is a very under-recognized phenomenon,” he said in a phone interview.

Some cancer treatments that might cause damage by weakening the heart muscle include a class of drugs known as anthracyclines (including doxorubicin and daunorubicin) and newer medications such as Herceptin.

Mingle’s was Herceptin, which is designed to attack the HER2 protein seen in some breast cancers.

Mingle said her cancer was caught early in November 2006 after showing up on a mammogram while it was still in stage 1.

But Mingle said she was told it was considered an aggressive type of cancer. In addition to chemotherapy, she had radiation and three lumpectomies.

“It was a yearlong process,” she said.
In the meantime, her heart function was being monitored by regular echocardiograms because physicians were concerned about cardiac issues “based on the elevated risk presented by her type of breast cancer,” Chang said.

After one year it was only 28 percent, putting her at risk of heart failure, Chang said. He said there was a 50 percent risk of death in three to five years.

Since her cancer seemed to be in remission, Mingle was taken off Herceptin and started on heart medications Lisinopril and Metoprolol.

Mingle, who is married and has one adult child and four grandchildren, said stopping chemotherapy was scary.

“You just don’t know if you’ve had enough,” she said.

But in her case the treatments worked. Her heart started to return to normal while she remained cancer-free.

Chang said BIDMC’s cardio-oncology program became official last year, but the hospital — and other major clinics — have been monitoring and treating cancer patients for heart problems for several years.

“The main goal of the field is to not replace one deadly disease with another,” Chang said.
“Cancer and heart disease are the two most common killers of people in the Western world.”

It’s important that cancer patients be followed by a physician or cardiologist who is paying attention to cardiac symptoms, Chang said.

Patients and physicians need to know to connect the dots if a 60-year-old heart disease patient was treated for breast cancer 20 years ago, he said.

Chemotherapy isn’t the only risk for cancer patients, Chang said.

Radiation poses other dangers, since it can result in narrowing of the coronary arteries when aimed at the chest, Chang said.

“The heart is in the radiation field” with breast cancer, especially cancer of the left breast, Chang said. He said Hodgkins lymphoma patients who receive radiation also are at risk of heart damage.

“My heart is perfectly normal,” Mingle said. “I’m thankful that (the treatment) worked.”