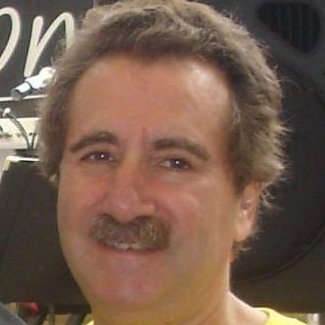 Gary Woonteiler is the owner of Woonteiler Ink (Wink), a full-service public relations and marketing communications firm in Hingham, Mass., celebrating its 25th year in business. With more than 30 years of experience, Gary is known for his high professional standards and quantifiable results. Throughout his career, he has won industry acclaim as a writer, editor, strategist, and educator.

At Wink, he is supported by a team of account executives, account assistants, affiliated graphic artists, webmasters, and affiliated partners. His firm specializes in healthcare, real estate, business-to-business, education/nonprofit, and consumer accounts on a regional and national basis.

Gary also serves as the pro bono Director of Marketing & Public Relations for the Cape Cod & Islands Major Crisis Relief Fund (MCRF), a nonprofit disaster response organization that provides humanitarian aid to local individuals and families. In addition, he presents writing and PR seminars and workshops at corporations, industry associations, government agencies, advertising/PR firms, and universities. He has published a writing stylebook and numerous articles.  Among his awards are five Bell Ringers, one Hatch, and numerous public service distinctions from organizations like the American Heart Association and the American Cancer Society.

Prior to founding Woonteiler Ink in 1992, Gary was Vice President/Division Director in the New England office of Hill and Knowlton (H&K), one of the world’s largest public relations firms. He managed the agency’s General Practice Group and served as H&K’s Managing Editor.

Before H&K, Gary served as Vice President/Public Relations Director of KK&M in Boston, a $35 million advertising and PR firm. At KK&M, Gary built one of the area’s leading PR divisions, managing a staff of 15 and more than 30 accounts.

Prior to his agency work, Gary served as Vice President of Communications for the United Way of Massachusetts Bay, New England’s largest human service organization. Responsible for public relations, advertising, marketing collateral, and elaborate special events, he won several national awards, helping to lead the organization to record-breaking campaigns that raised more than $50 million. He also managed the ad and marketing campaigns of Hill Holliday, IQ&J, and Creamer Dickson Basford on behalf of the United Way.

At Boston University’s School of Public Communication, Gary was an Assistant Professor and Director of the Writing Program. He also served as a consultant to many clients, including the university, New England Telephone, Corroon & Black, and PRSA. While at B.U., Gary authored three novels, a book of poetry, song lyrics, and numerous articles.

Following his stint at Boston University, Gary has continued part-time teaching there and at Emerson.

His professional associations include the Publicity Club of Boston.

Gary’s career started at Youth Education, Inc., a multi-media firm in New York City. Also in N.Y., he served as Copy Chief for the Girl Scouts of the U.S.A.

In 1973, he received an M.S. degree with honors in Public Relations from Boston University’s School of Public Communication. In 1972, he graduated with honors from S.U.N.Y at Binghamton with a Bachelor’s degree.

Gary, a native of New York City, lives with his wife, Anne, an accomplished cabaret singer, in Dennis, Mass.

Connect with Gary on LinkedIn.