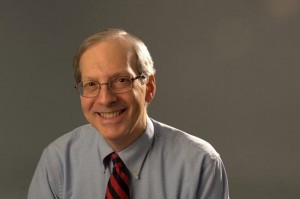 A recent study published in the Journal of the American Medical Association shows that about two-thirds of breast cancer patients who have lumpectomies receive radiation treatments that last nearly twice as long as necessary. As a radiation oncologist who has been involved with this issue for many years, I am concerned by these findings and see this as an opportunity to interpret the research, further the dialogue, and optimize treatment options for thousands of women.

Nearly 75 percent of breast cancer patients in the United States have lumpectomies every year, and most of them have radiation therapy after surgery to reduce the risks of recurrence. Conventional radiation treatments continue five days a week for five to seven weeks, compared to three to four weeks of daily, more intense therapy — a much shorter regime that is just as effective, according to several recent studies and new guidelines. While the longer treatments are equally effective in terms of outcomes, why should women have to spend more time and endure more side effects than they have to?

As more patients and practitioners take a closer look at this issue, I believe that the shorter treatments will eventually become the “standard” approach. While I hope that this transition happens soon, it is important to note that the shorter intervals are not recommended for all women, and it is helpful to understand the factors that have been a barrier to rapid adoption.

First, let’s consider the technical aspects of this issue. Four critical factors influence the effectiveness and side effects of radiation therapy:

The combination of the first three factors is called “radiation fractionation” or the “fractionation scheme.” In the United States and Western Europe, most medical centers have traditionally given women who have undergone a lumpectomy 21 to 25 daily treatments, or “fractions,” five times per week. However, other schemes developed in the United Kingdom, known as “hypofractionation,” called for higher daily doses but lower total doses over an average of three weeks. Many institutions and physicians also give an additional radiation “boost” restricted to the lumpectomy site after treatment for the entire breast.

The two most important studies directly comparing these two approaches were performed in Canada from 1993-1996, and in the United Kingdom from 1999-2002. They both showed that the shorter (“hypofractionated”) programs had the same chance of preventing a relapse as the longer programs, with no increased risk of complications. These results led a task force of the American Society for Radiation Oncology (ASTRO) in 2011, and I was among the members of this group to recommend that hypofractionation was appropriate to use in this country in most circumstances.

This raises a perplexing question about why the shorter radiation schemes are still in limited use today: Why aren’t the shorter cycles more common?

I offer a few explanations:

I began using hypofractionated schemes more than six years ago, after 10-year results from the Canadian trial were presented at major medical meetings in 2007 and 2008. Initially, I was cautious about whom I selected for such treatment. As my experience increased, however, I became convinced that the shorter treatments are preferable, so I began treating more patients in this fashion, including individuals receiving chemotherapy and those needing radiation to lymph nodes. At the same time, many patients I see are quite overweight — and this is the only reason I do not now suggest shorter therapies for everyone following a lumpectomy.

In my practice today, about 60 percent of patients receive 21 treatments — including the boost dose — compared to the 33 treatments I used for almost everyone in the past. It appears that more of my colleagues are moving in this direction, and this makes sense, as this is generally in a woman’s best interest, saving her time and added anxiety. It also saves money for the health care system and insurers, as medical expenses in the United States for the shorter course average about $29,000, compared to $32,000 for longer treatments.

In the future, I look forward to more patients receiving shorter therapy courses, with the caution that this is not a “one size fits all” proposition. I will consider the circumstances of all of my patients individually, and I trust my colleagues will do the same. As always, I encourage patients to become active partners in their medical care and to address with their physicians and nurses any concerns they may have about their treatment plans.

In short, my colleagues and I want what’s best for our patients in the long term, and often — but not always — that means shorter treatments.

Dr. Abram Recht is the deputy chief of the Department of Radiation Oncology at Beth Israel Deaconess Medical Center. He is also a professor of radiation oncology at Harvard Medical School. He lives in Brookline.