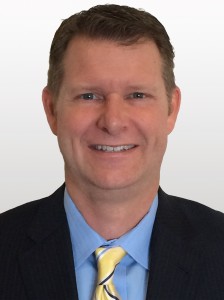 A little over a year ago, commercial real estate giant JLL made some waves when it acquired the Cresa Portland office that Craig Reinhart founded back in 1993.

At the time, it seemed like that might be the end of Cresa in Portland, but according to Bill Baldwin, a managing principal and board member for Boston-based Cresa, that’s not the case.

“Cresa never went away,” he said. “Portland has always been a very important office to us.”

Underscoring that point, the company has officially reopened Cresa Portland in an office at 371 S.W. Alder St. The office, which offers a full range of corporate real estate advisory services, is headed by senior vice presidents Sean Heaton and Scott Churchill. Heaton is a commercial real estate veteran with 22 years in the field, including more than 11 at Cushman & Wakefield. Churchill’s varied background includes strategic planning and project management for everyone from Nike to Kaiser Permanente and Microsoft.

“I think we’re really looking for this new Cresa Portland endeavor to build on the success of the past but also bring in the fresh perspectives of different people with different backgrounds,” Heaton said. “We believe there is significant opportunity for us here in Portland.”

Cresa Portland will focus on a wide range of market sectors, including specialty areas like healthcare, technology and sportswear. In addition, the firm is positioning itself as a “pure tenant rep advisory firm” meaning that it only represents tenants, not landlords or developers.

When JLL acquired Cresa Portland in November 2014, Reinhart and 11 other employees joined JLL’s staff of 150. In a release about the reopening of the Cresa Portland office, the company referenced the acquisition, saying that Cresa “maintained a significant presence in the area even after some individuals from Cresa’s former Portland office joined JLL in 2014.” Cresa also noted that in the past 18 months, it has completed “multiple transactions totaling hundreds of thousands of square feet in the greater Portland market.”

At present, Heaton and Churchill are the only professionals in the new office, but Baldwin said the firm expects to add up to four more within the next six to nine months. Ultimately, that number could top out at 30 or 40 in the next three years, at which point the Cresa Portland office would likely need to expand to accommodate more people.

“We see tremendous opportunity in Portland,” Baldwin said, “and we think the marketplace could get to a size that will support a very robust Cresa Portalnd office.”